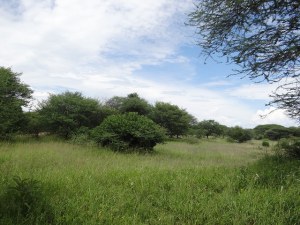 With massive commitments to land restoration such as the Bonn Challenge and the AFR100, there is a buzz in the restoration community that is difficult to equal with actual success stories. One of these rare beasts is the Shinyanga restoration in northern Tanzania. Scientists from the World Agroforestry Centre (ICRAF) have been engaged in restoration efforts in Shinyanga from the start and show-cased the project during ICRAF’s annual Science Week at the beginning of September in Nairobi. Shinyanga counts among the successful models of mosaic landscape restoration because of the strong local ownership and the commitment of the Tanzanian government. Since 2012, ICRAF scientists have been looking at the project as a model for climate change adaptation and mitigation under the CGIAR Research Program on Forests, Trees and Agroforestry, and as a case study site for multifunctional landscapes.

After the spike in land restoration commitments of the past years, the overwhelming feeling among scientists is that it is now time to move to action. This leads to very practical questions of “how do we do it?” says Lalisa Duguma, an ICRAF scientist whose focus is on sustainable landscapes and integrated climate actions i.e. synergies between climate change mitigation and adaptation.

Therefore practitioners are now looking for past models of restoration from a time before today’s commitments were even made. This is why the Shinyanga case became relevant.

For successful land restoration, Duguma is convinced, “we need to understand the history and what the drivers of degradation are. This is a reconstruction of the dynamics that have happened in that landscape. It is also necessary to understand how the identified drivers could be relevant in the intended restoration ambitions. ” 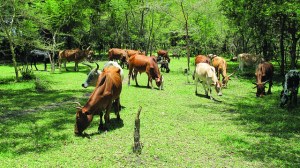 The ‘desert of Tanzania’

In the 1980s, Shinyanga was known as the “desert of Tanzania” with about 600-800 mm rainfall annually and severe loss of vegetation. Agro-pastoralists have dominated the semi-arid landscape.

“We traced the history of the region and the drivers of land degradation since the 1920s,” Duguma explained.

The consequences were droughts, ecosystem degradation, and scarcity of wood and food.

In 1986, the government came up with a program called the Shinyanga Soil Conservation Initiative (HASHI), which relied on the traditional local practice of Ngitili (dry-season fodder reserves), an enclosure system where farmers conserve or plant trees in the grazing lands which then provide livestock feed and wood for energy and construction. In the beginning of the program, only about 611 hectares such schemes existed. In 2005, there were about 378,000 ha under Ngitili blended with other agroforestry practices such as woodlots.

Duguma stresses that this could only be achieved because the government and the local community were committed to change. This commitment was coupled with long-term donor support and technical support from ICRAF.

For over fifteen years, the Norwegian government funded the implementation of the HASHI program which promoted the restoration scheme. 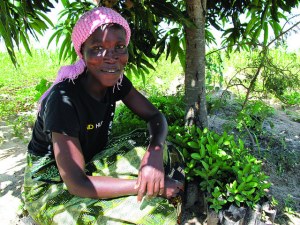 The benefits of the initiative go beyond land restoration and include economic and livelihood benefits. Photo: World Agroforestry Centre

Putting money where the mouth is

Despite cases like Shinyanga, ICRAF scientists are concerned about sustainable financing. Some raised the issue of how trade-offs between land users should be managed when not everyone wins, and how the results will be monitored and evaluated (see quotes).

Duguma himself thinks that ensuring the commitment of the population in areas that are to be restored might be just as big a challenge.

The answers to these questions remain elusive. There seems to be consensus that local and national ownership is a prerequisite, but the Tanzanian example shows that even with the dedication of government and citizens, without external donor money the restoration would not have happened at that scale.

So, especially in Latin America for the 20×20 initiative, private investors are sought out (11 impact investors), but also for the AFR100, where more than $540 million in private sector impact investment are factored in. As both commitments are only a couple of years old, tracing money flows to restoration is not yet easy, says Duguma.

Besides the local and national ownership of land restoration projects, sustainable financing is key. In the case of Shinyanga, the Norwegian government supported the project for over fifteen years. After their funding ran out in 2004 and the restoration efforts had proven effective, the Reducing Emissions from Deforestation and Forest Degradation (REDD+) program started to come in and now even the smallholders themselves are re-investing in the land, Duguma explains.

The REDD+ project is making a good progress in introducing community forest management practices into the Ngitili land management systems and organizing owners into formal learning groups to ensure sustainability of the system. 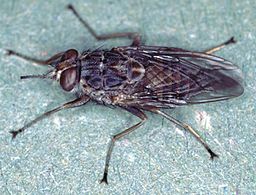 Shinyanga degraded when woodland was cleared to get rid of the tse-tse fly that infected the cattle with Trypanosomiasis. Photo: Alan R Walker, Commons Wikimedia

A blend of interventionsSo, despite all, can the land restoration community take heart from Shinyanga? Duguma says yes and keeps coming back to the importance of giving priority to the role of the local people, local institutions and local practices. “Before even starting restoration efforts, all parties involved need to have a shared vision of what kind of landscape they want,” he says. The right approach would be: “We help you move forward, we’re here to complement your efforts in restoring your area.”

The communities in Shinyanga were empowered because people were aware of the problem. The solution was not brought to them from outside, but it was developed jointly. “Planning together, implementing together and devising the strategy together,” Duguma explains.

The benefits of the initiative go beyond land restoration and include economic and livelihood benefits. “In the place that was once known as the desert of Tanzania: now they are piloting REDD+ in that region,” Duguma says.

But he concedes that there is no universal solution of how to engage the population in land restoration, at which hinges the successful implementation of global commitments. And this directly relates to the sustainability of restoration projects.

Only with initiatives on the ground like Shinyanga will the Bonn Challenge and the AFR100 move from the vision stage to visibly changed landscapes.

Jonathan Cornelius: Restoration is not simply planting trees, and is not necessarily about bringing back pristine or nearly pristine nature. But restoration is about recuperating specific ecosystem services, which respond to specific objectives for land use or land-use trajectories. Agroforestry has a central role to play because of the intimate connection between trees, forests and environmental services.

Ramni Jamnadass: I like to call it productive restoration. It’s not just restoration for the sake of it, hence I feel we should focus a little bit more on the tree functions, besides the environmental services.

Christine Lamanna: It’s easy to talk about restoration when it’s win-win, when we’re restoring ecosystem functionality, but what happens when it might not be a win-win? How do you manage the trade-off between restored landscape functionality that may also have some negative consequences?

Lalisa Duguma: The biggest opportunity for ICRAF as an institution is in the mosaic restoration area where we have agroforestry coming up as a strong agenda in many of the countries. The best example is Rwanda where they have 1.5 million hectares of land to be restored through agroforestry.